Impulse Terahertz Spectrometer ITS-2 by TYDEX is integrated solution for broadband terahertz time-domain spectroscopy. Due to the use of femtosecond laser radiation, the spectrometer measures the time shape of the THz pulse using the electro-optical strobing. Then the shape is converted via Fourier transformation into the frequency spectrum of the complex amplitude of the electric field of THz pulse (It contains amplitude and phase information.) Thus, using the ITS-2 it is possible to obtain the spectral characteristics (such as transmission and reflection coefficients) and optical properties (complex refractive index, complex dielectric permittivity, absorption coefficient, complex conductivity) of materials in THz frequency range. ITS-2 offers high THz radiation power and wide operating frequency range.

To generate and register THz radiation, ITS-2 uses an IR radiation source, namely, a femtosecond laser Avesta TEMA-100. ITS-2 generates THz radiation by means of optical rectification of electric field of a femtosecond pulse in a lithium niobate crystal doped with magnesium oxide (MgO:LiNbO3). Terahertz impulse is released through a prism of high-resistivity silicon (HRFZ Si). THz radiation is then detected by means of electro-optical strobing using a delay line and electro-optical detector EOD-NIR (manufactured by TYDEX). 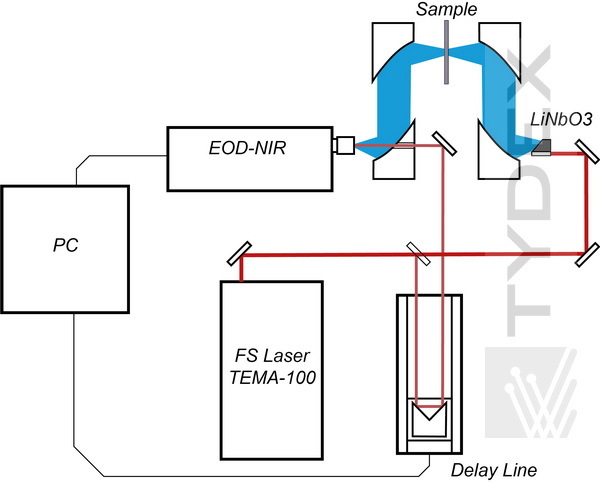 Generation and detection of the THz radiation is performed as follows. Laser radiation is split into a pumping beam and probing beam.

Pumping beam is focused into the THz generator (MgO:LiNbO3 crystal).

THz radiation emitted from the generator  passes through a set of parabolic off-axis mirrors.  Consistently the THz beam  becomes collimated and focused.  Further the THz radiation is focused into the detecting EOD crystal.

Probing beam passes through the optical delay line, then is focused and overlaid with the THz radiation beam on the detecting EOD crystal.

The software controls recording and processing of the THz impulse waveforms.

Key features of the ITS-2:

Applications of the ITS-2:

Operating modes of the ITS-2:

Key  specifications of the ITS-2: 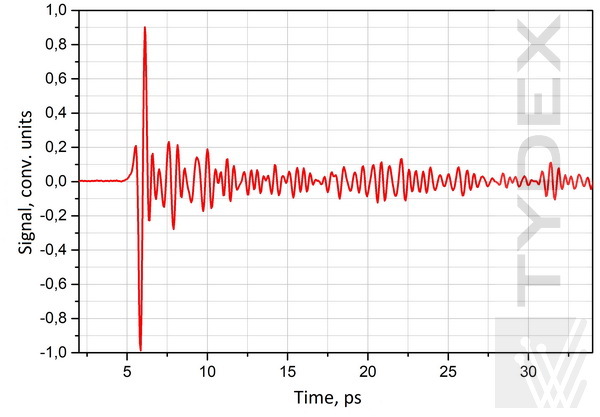 Fig. 2. Waveform of a THz impulse passing through air at 34% humidity. 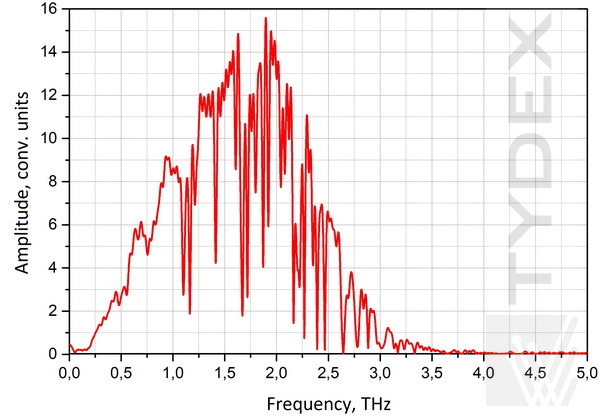 Fig. 3. Frequency spectrum of the air at 34% humidity.

For price quotation and delivery please fill in the request form. 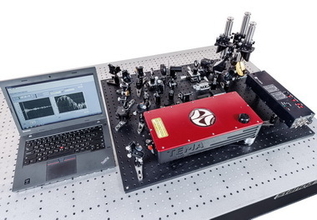 TYDEX has modified Impulse Terahertz Spectrometer ITS-1 and created a new model - ITS-2, which is an integrated solution for broadband terahertz time-domain spectroscopy.